You will never be completely at home again,

because part of your heart will always be elsewhere.

knowing people in more than one place”-

I started this adventure in Tokyo, many many years ago, and has now come to an end.

If you have followed this blog or ended up here randomly or you know me personally, you know how much I love Japan. I have nothing but gratitude for all the wonderful years I’ve spent in Tokyo. Maybe there’s someone out there who can relate to that ambiguous feeling of wanting to go back to your country, to old friends and family, and the feeling that your life, as you know it for the last years, will be soon uprooted.

Thank you Tokyo for all the adventures you gifted me, the friendships I have forged and the countless memories I’ll cherish for ever.

I have shared many of your treasures here with readers, followers and guests. Universotokyo will stay active but it won’t be updated. Hopefully, the information featured here until today will still be useful for local people, travellers and tourists alike.

I recently spent three days in Hiroshima, in western Honshu, the main island of Japan.  I enjoyed visiting Hiroshima but for me it was a bitter-sweet trip.

Visiting Hiroshima Atomic Bomb Dome (Genbaku Dome) and the Peace Memorial Park deeply affected me. I won’t start a discussion about the reasons behind Hiroshima bombing but I deeply believe this should never happen again. The atomic bomb not only killed thousands of people in Hiroshima but also caused unspeakable suffering to survivors.

The sad story of Sadako inspired the Children’s Peace Monument. Children from all over the world still send folded paper cranes to be placed beneath Sadako’s statue.  They make the same wish which is engraved on the base of the statue: “This is our cry, This is our prayer, Peace in the world”.

The iconic Dome pays tribute to the events of August 6th and also reminds visitors of Hiroshima’s efforts to eliminate nuclear weapons.  Because human spirit is so resilient, Hiroshima has managed to revive and become a city of culture and prosperity.

If you want a peek into Hiroshima’s past, you can visit Hiroshima Castle in the middle of the city. The Castle was destroyed by the atomic bomb in 1945 and later rebuilt.  The entrance to the castle is so pretty.

Follow the path and end at Hiroshima Castle. So beautiful! You can go in, climbed the stairs (5 stories so it’s not bad) and enjoyed the panoramic views of the city from the top floor.

It’s most likely that you’ll be in Hiroshima a couple of days so you must go to Miyajima Island.  The beautiful Itsuku-shima-jinja (Itsuku-shima Shrine) is said to be one of the three most beautiful sights in Japan, and was designated as a nation’s historic site. Its symbol is the Great Torii Gate (shrine gate) that stands in the sea. (How to get there? catch an early ferry from Miyajimaguchi, 25 minutes south of Hiroshima station)

Just like in Nara, you’ll find adorable (and wild) deer

Lots of little stores and eateries in the island. Hiroshima is famous for its oysters so I had fried oysters for lunch

Back in Hiroshima, if you have some energy left, visit the beautiful  Shukkeien Garden that dates back to 1620. Around the garden’s main pond there are a number of tea houses and a path which winds around it and passes through all of Shukkeien’s various miniaturized sceneries. Follow this path around the garden and don’t forget to feed the fish in the pond!

Take Hiroshima’s streetcars, locally known as “Hiroden“, to go around the city. The history of Hiroden is old and it has always been the means of transportations for Hiroshima people for a hundred years. You can learn how to ride them HERE

After a long day sightseeing, you’ll be hungry.  Dishes like Okonomiyaki and oysters are the stars of Hiroshima but there’re many other local delicacies!

Japanese female photographer Ishiuchi Miyako has produced an amazing photo collection of clothing and personal effects which once belonged to some of the 140,000 people estimated to have been doomed by the bomb. Here’s a great article about her work:  “Behind Things Left Behind: Ishiuchi Miyako“

In Memory of Tohoku Earthquake and Tsunami

There’re many things I love about this city, like discovering new places in town all the time

Latest addition to Hiroo is “Melting In The Mouth” a super cute organic desserts and coffee shop. In addition to coffee and dessert (the cheesecake looked yum), they also make amazing smoothies.

In terms of space, MITM is super cute and cozy for these cold days. There is a nice seating space, though I imagine it will get crowded when it becomes a regular stop for people who enjoy coffee

While Tokyo is full of great coffee spots, it’s always nice to find a new place to hang out and enjoy a nice cup of coffee in this neighbourhood

I’d like to thank Melting In The Mouth’s staff who kindly let me shoot their lovely cafe, ありがとう!

Nestled in between Shibuya and Roppongi, you’ll find Hiroo, a peaceful hideaway and lovely neighbourhood.  Hiroo has always been the expat’s community area and it’s home to Embassies, international schools, supermarkets, cafes and restaurants and you can also find English-speaking services

Hiroo’s atmosphere is very welcoming for those who want to live in a more relaxed manner. And it has that thing I love, when you have the coolest little shops besides these old wood homes.

Les Grands Arbres, one of the prettiest restaurants/flower shops in Hiroo

Old “Senbei” shop in Hiroo. Senbei is a type of Japanese rice crackers that come in various shapes, sizes, and flavours.  They are usually savory but sometimes sweet and often eaten with green tea as a casual snack.

I love everything in this shop…the wood boxes, the big glass jars, the hand-written labels, the old posters on the walls… charming old Tokyo!

Arisugawa Park, very close to Hiroo station, occupies a large chunk of this area. The park has lovely paths and walkways, a baseball field, soccer field, children’s playgrounds, a waterfall and a lovely pond full of koi fish, turtles and ducks.

Hiroo offers a nice selection of restaurants. I’m usually around this area, so I’ve been to most of the places there and posted about them.  Some suggestions if you visit Hiroo… Trueberry, Island Veggie, Aloha Table, Les Grands Arbres, Natural Mart, Little Pie Factory, Canvas Tokyo and Avec Bistro

Beautiful Avec for a touch of Paris in Tokyo

Have fun in Hiroo! 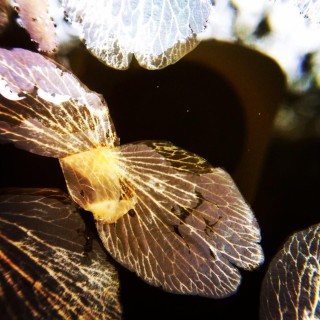 HELLO! Welcome to Universotokyo, a space where I share my inspirations, my photography and my love for Tokyo. Here is a small window into my world. Thanks for stopping by. またね!! ♡

"You will never be completely at home again, because part of your heart will always be elsewhere. That is the price you pay for the richness of loving and knowing people in more than one place"-

Give me a little more: Healthy Tokyo! ♡

Since April, you can enjoy great organic & vegan food and drinks in the new Cafe The 6BT in Roppongi. I bumped into this cafe one afternoon by chance...

Natural Cream Kitchen has recently opened in Omotesando. The Cafe is cozy and full of small cute details that make it a pleasant spot to take a break from the street...

Eggcellent is the latest cool addition to the long list of restaurants in Roppongi. This new spot is spacious, with a nice outdoor terrace (great for this nice weather)...

Japanese “Three” Cosmetics brand has recently opened their flagship store in Aoyama and comes with a lovely surprise. They have also opened “Revive Kitchen” an organic, vegetarian macrobiotic and...

Island Veggie is a great organic Hawaiian cafe/restaurant located in Hiroo.  It has a wide selection of food and drinks and offers vegetarian, vegan and macrobiotic food that you can mix...

HELLO! Welcome to Universotokyo, a space where I share my inspirations, my photography and my love for Tokyo. Here is a small window into my world. Thanks for stopping by. またね!! ♡